The purpose of this time’s photo trip was to capture noctilucent clouds. I had already taken pictures of them a few weeks earlier at Suurupi. But now the plan was to choose a slightly different landscape. For this, I had prepared several new destinations for myself, two of which I visited during this night trip.

I started the trip around 23:30. The first destination was the place on the edge of Lasnamäe in Tallinn, where I hoped to take a picture of the night so that the Tallinn TV tower would remain visible. On arrival, however, it turned out that the capturing of noctilucent clouds was interfered with by some cloud cover, which had not been in any weather forecast. I waited there for about an hour and then left because I couldn’t take pictures of the night clouds.

The next destination was in Harju County, not very far from Jõelähtme Church. The sky was clear at the destination, but the noctilucent clouds could not be seen there either. However, several nice trees stood out, which grew nicely in a row. I was able to use them to fill the foreground of photos, so I used the time to take pictures, while hoping that the noctilucent clouds would also become visible. Unfortunately, that did not happen. 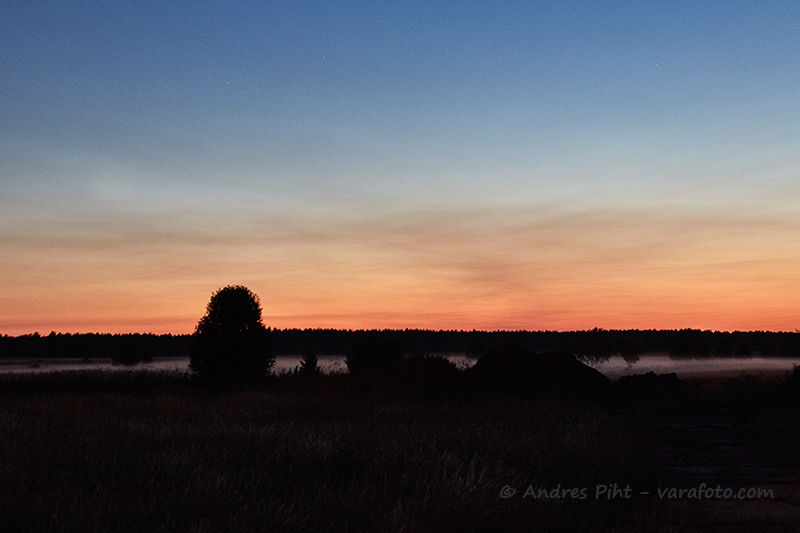 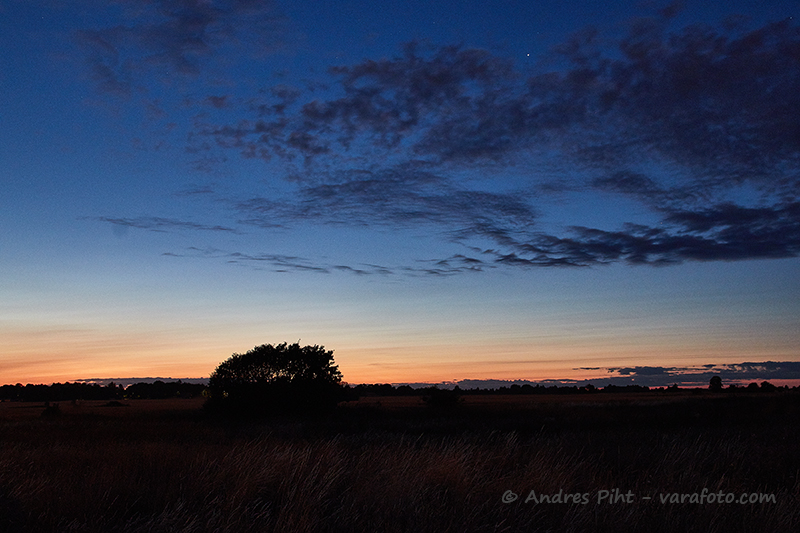 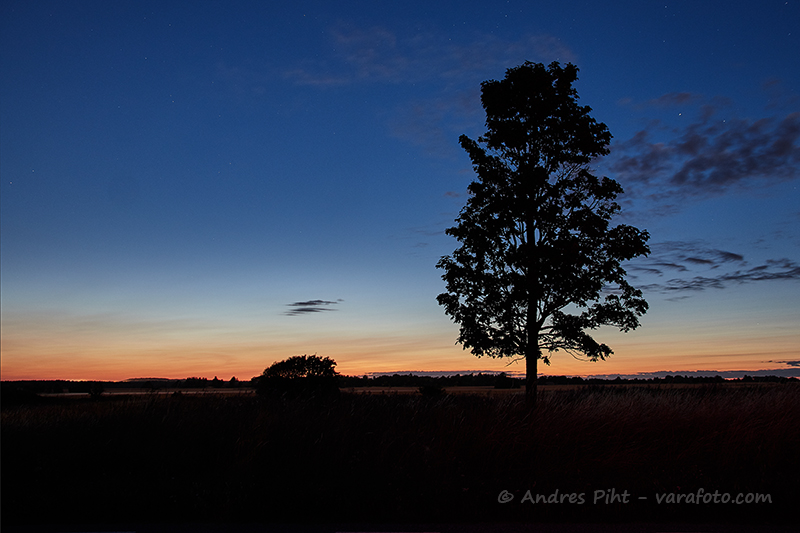 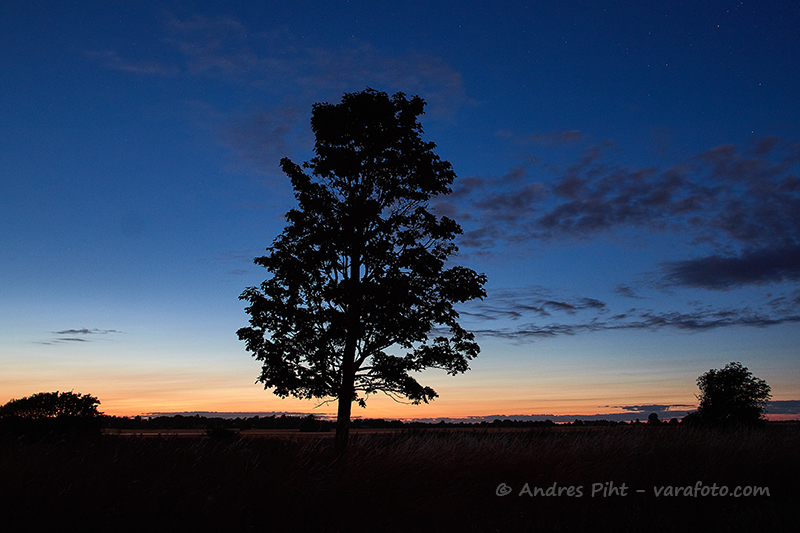 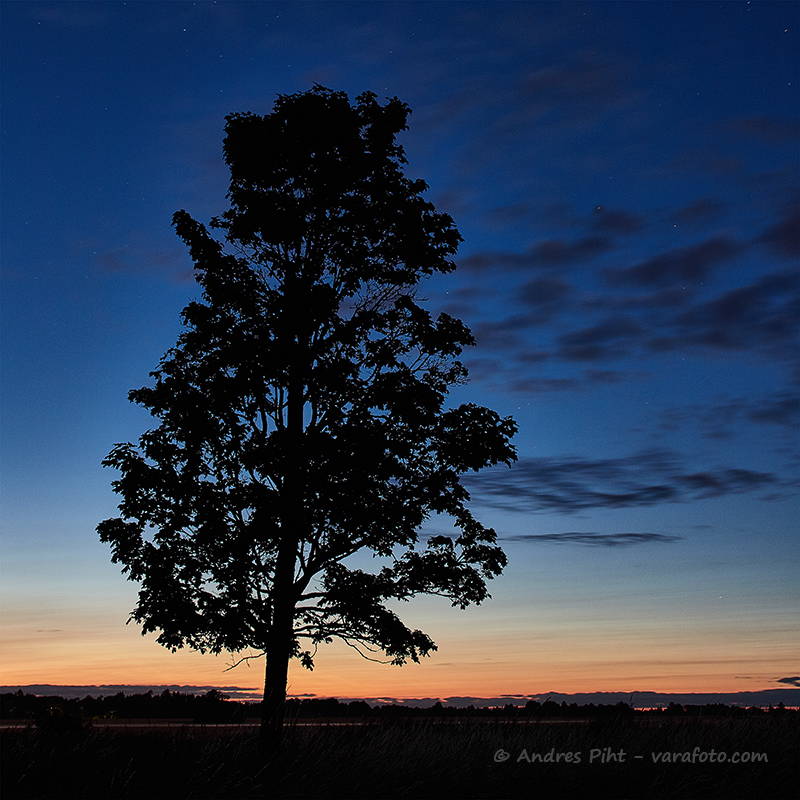 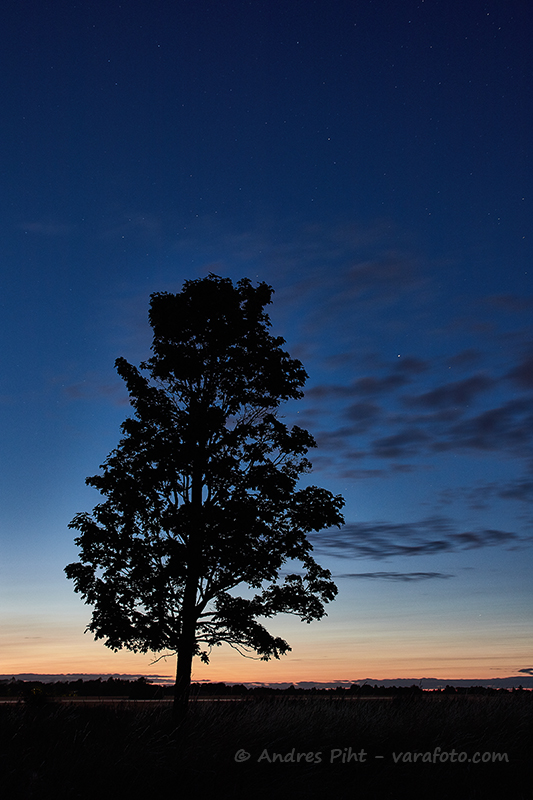 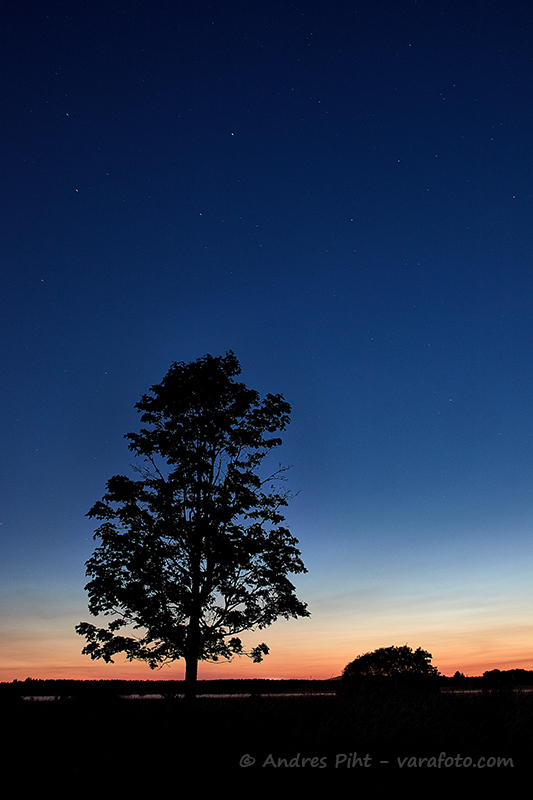 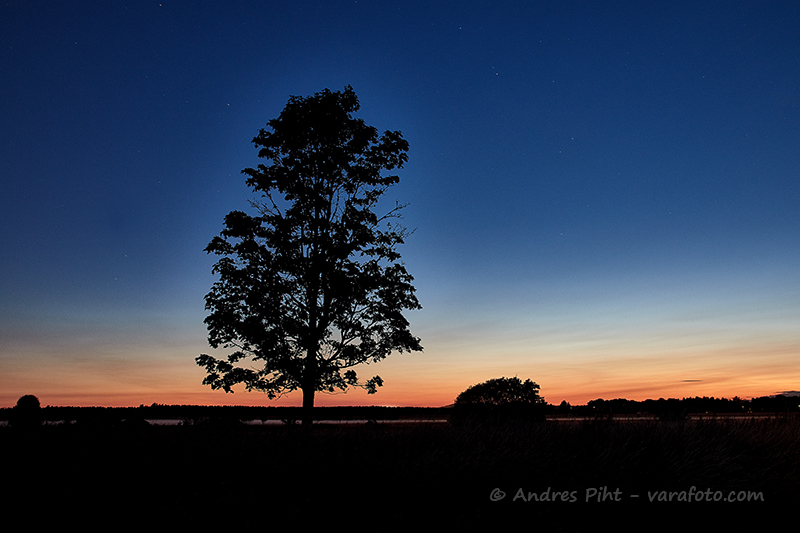 When the pictures had been taken in Harju County, I drove back to Tallinn. I felt a little disappointed that I had not been able to see the noctilucent clouds. When I had already reached the border of Tallinn, I thought that I would hop by the place where I first had been, to the edge of Lasnamäe. And there were those clouds. The sky was clear and the noctilucent clouds were nicely visible. It was about 3 o’clock at that time. 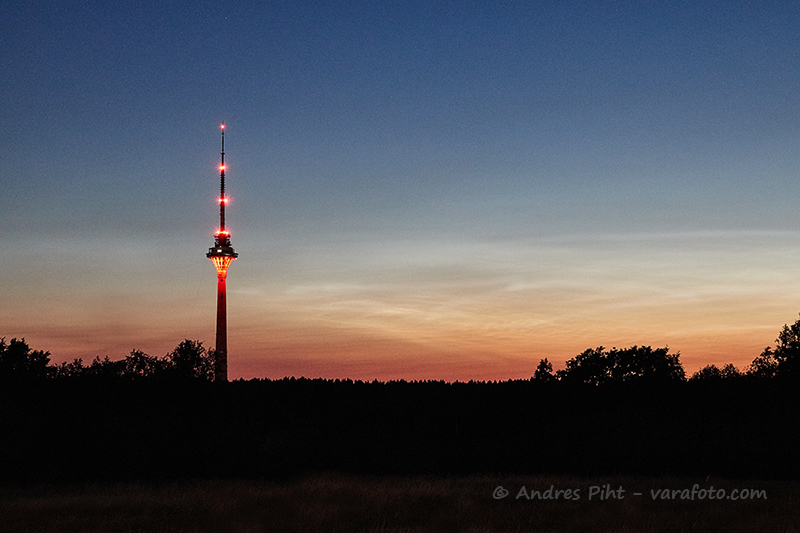 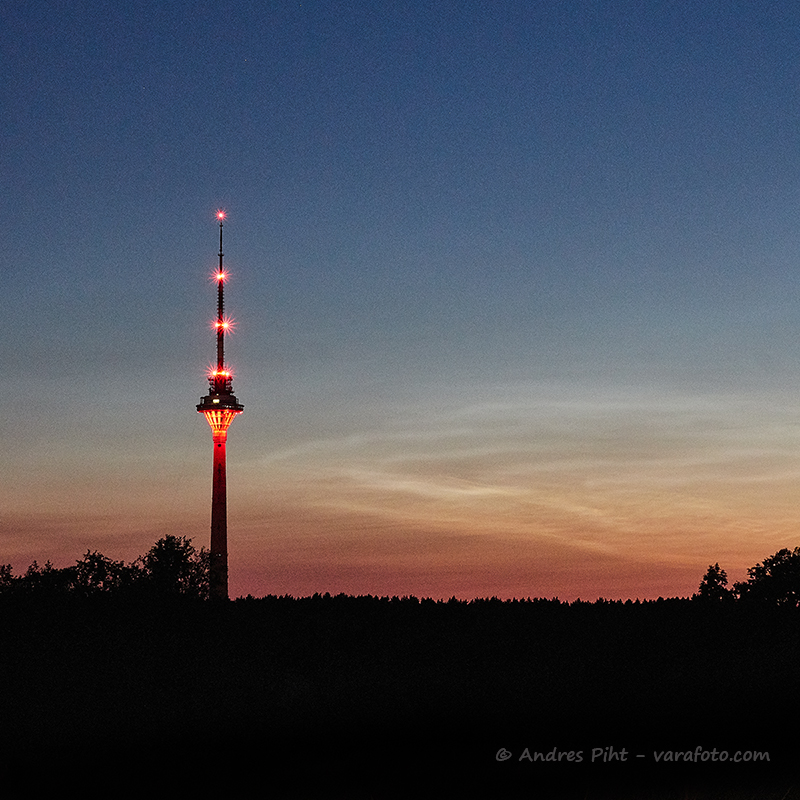 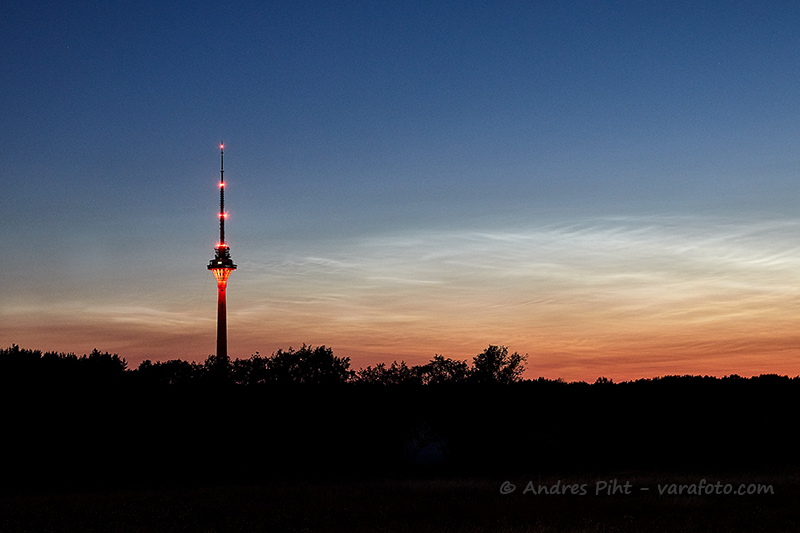 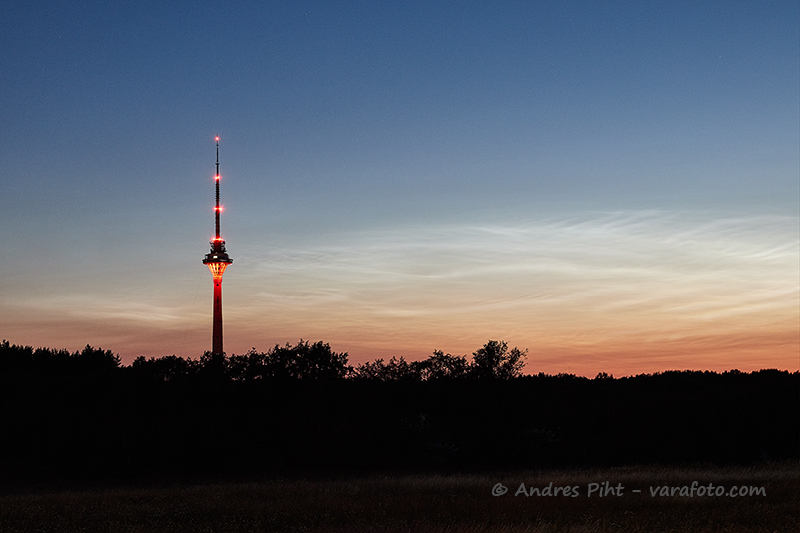 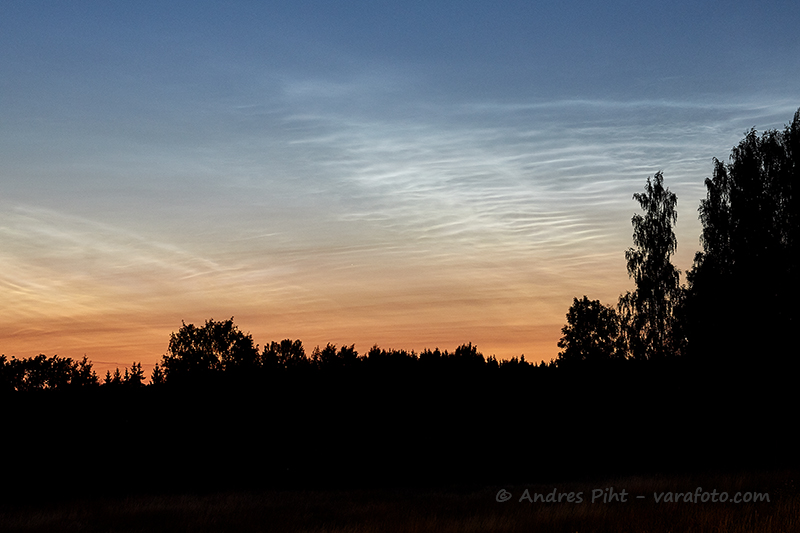 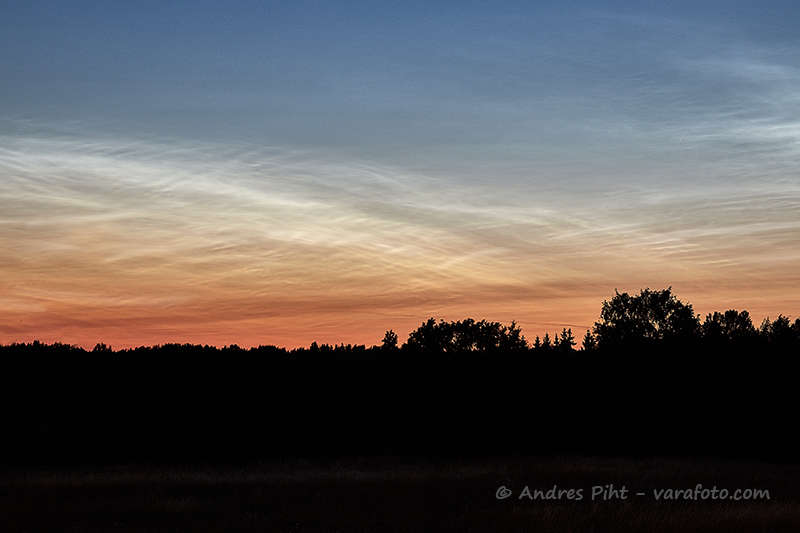 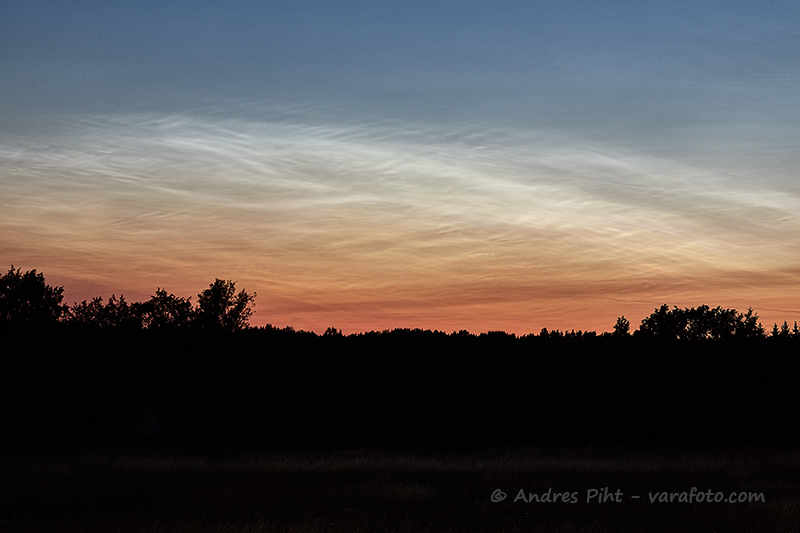 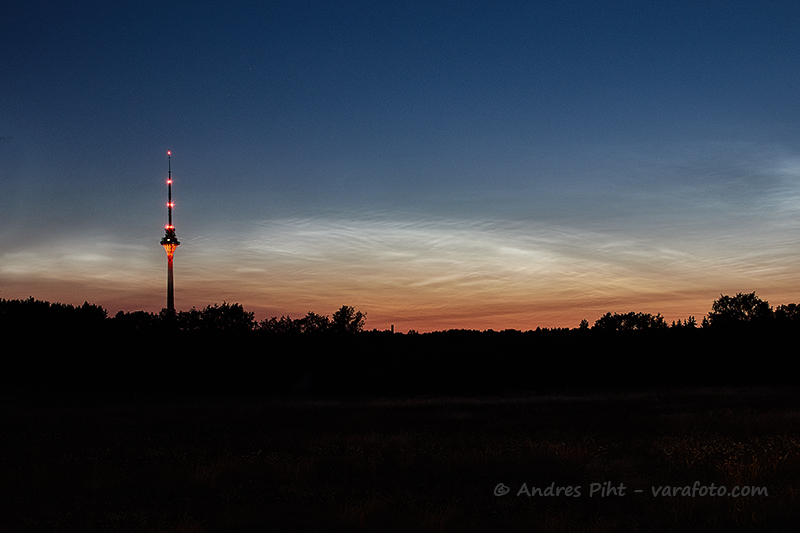 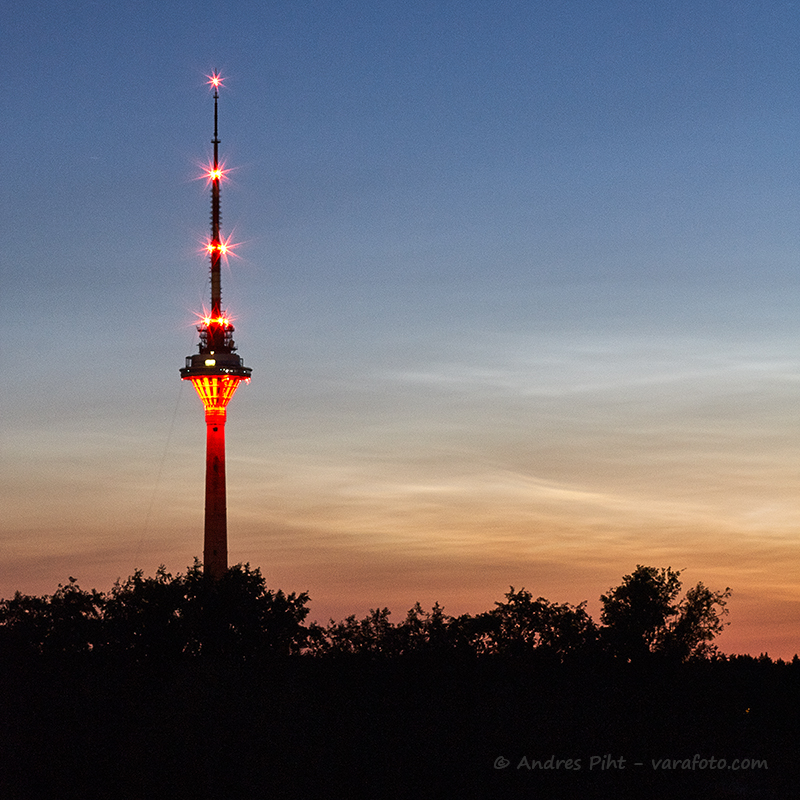 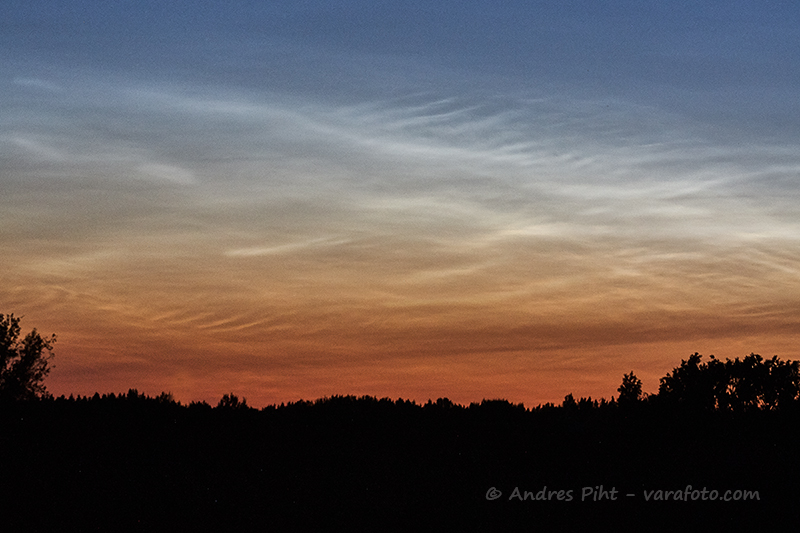 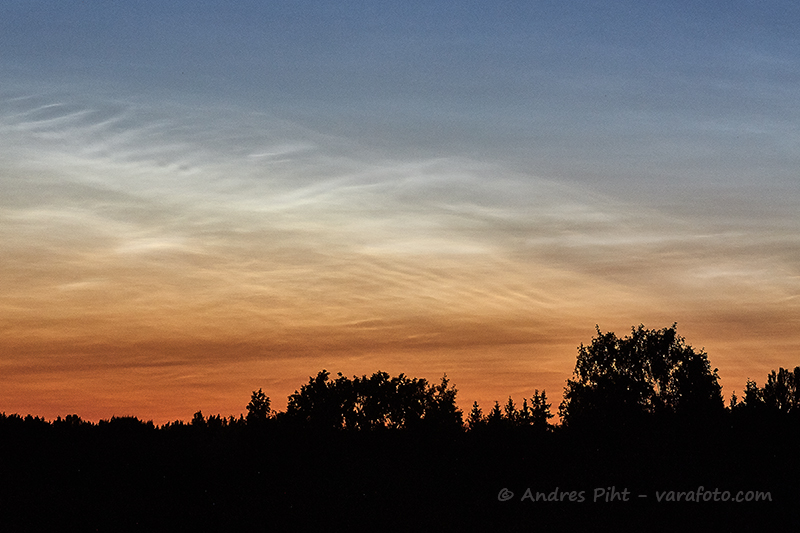 I finished taking photos around 3:45. After that, I made a quick way home to relinquish my need for sleep.